ICC #144 – Amitabh Bachchan: The Biggest Superstar in the Universe 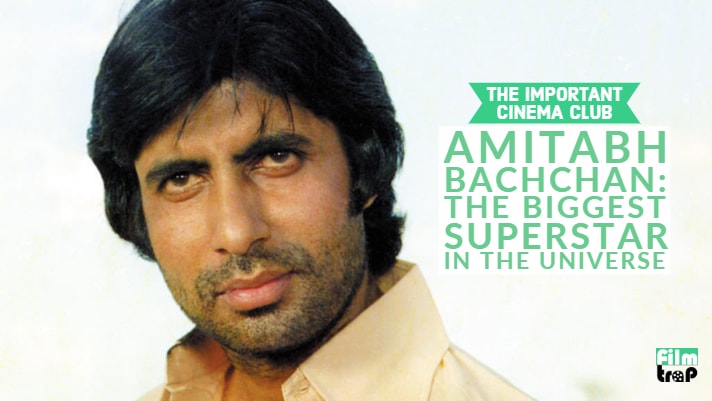 We discuss the career of the super mega amazing Ultrastar Amitabh Bachchan and his films Zanjeer, Amar Akbar Anthony, Coolie and Mohabbatein.

After witnessing the murder of his parents at a young age, Vijay (Amitabh Bachchan) grows up to become a respected police detective. His days are spent shutting down gambling dens and locking up gang members, until an outburst of gang violence kills a group of innocent children. Mala (Jaya Bhaduri), the lone witness to the crime, has been paid off by the gang members to keep quiet, but when Vijay convinces her to talk, he puts her life in danger as well as his own.

In the village of Ramgarh, retired police chief Thakur Baldev Singh (Sanjeev Kumar) plots to bring down the notorious bandit Gabbar Singh (Amjad Khan) and enlists the help of two lesser criminals, Jai (Amitabh Bachchan) and Veeru (Dharmendra). When Gabbar attacks the village, however, Jai and Veeru wonder why Thakur does nothing to help them. They soon learn that he has no arms, and that Gabbar was the one who cut them off. Enraged by this, they redouble their efforts to help.

When Iqbal was young he was separated from his mother and brother by a flood, and he becomes a coolie at Mumbai railway station. Coolies are at the bottom of the social ladder and treated badly by others, so Iqbal pledges to fight for Coolie rights, as they are the only family he has. The businessman at the core of the conflict is the same man who kept his family from him. In defeating him, Iqbal may kill two birds with one stone.

Six sprightly, vivacious young students come to study in his Gurukul. They do the forbidden. They fall in love. The patriarch is outraged. The lovers feel helpless. Gradually they start accepting that their relationship was probably doomed from the start. Right then steps in their savior in the form of a music teacher.