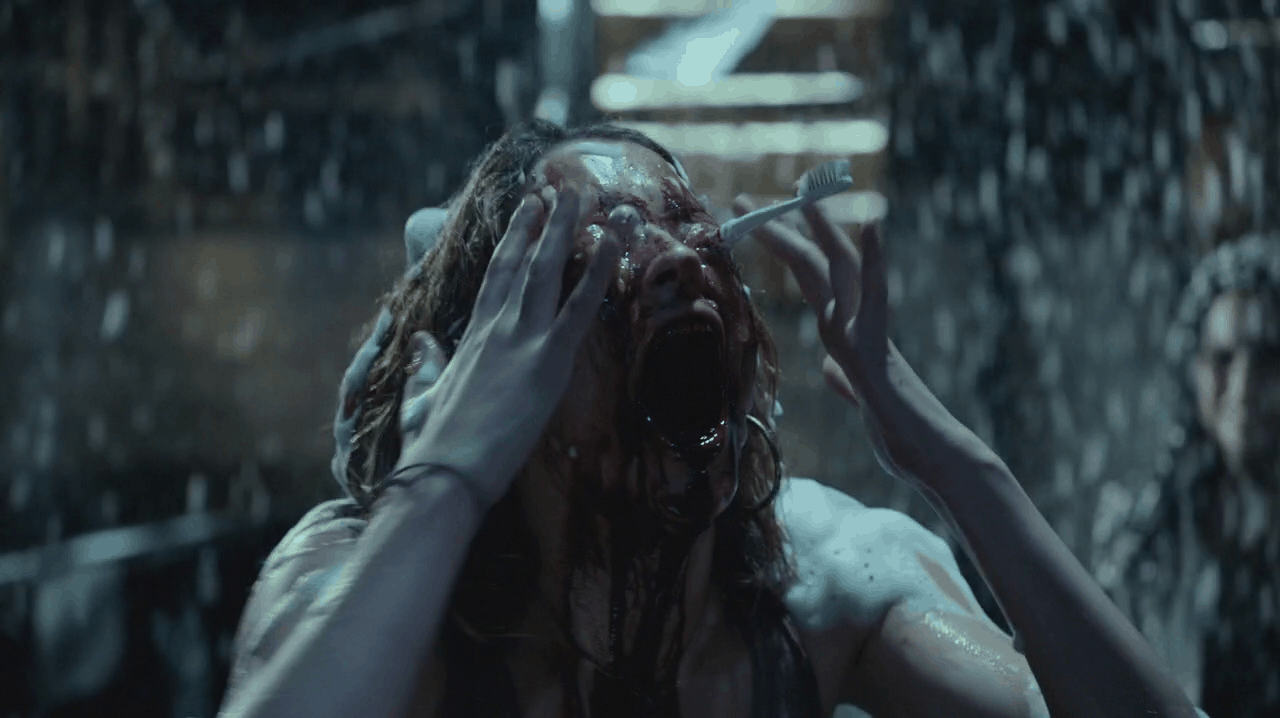 I don’t need a movie to be good to enjoy it. To me, there is an art to making a movie that fails so badly on every level that it becomes good again. Still, for every film that can reach that level, there are a seemingly infinite number of films like Exeter that hit the bottom and stay there.

Although, there is a type of movie even rarer than those – the films that don’t quite reach down low enough to stumble into greatness, but still manage to be worth recommending. Exeter is one of those films. It is a film of many names, so you might also know it as the just as confusing title “Backmask,” the heavy metal album version “Project 666,” The confused dance-off title “ExitUs: Play It Backwards”, or for those kids in tune with social media “#Exorcismo.” 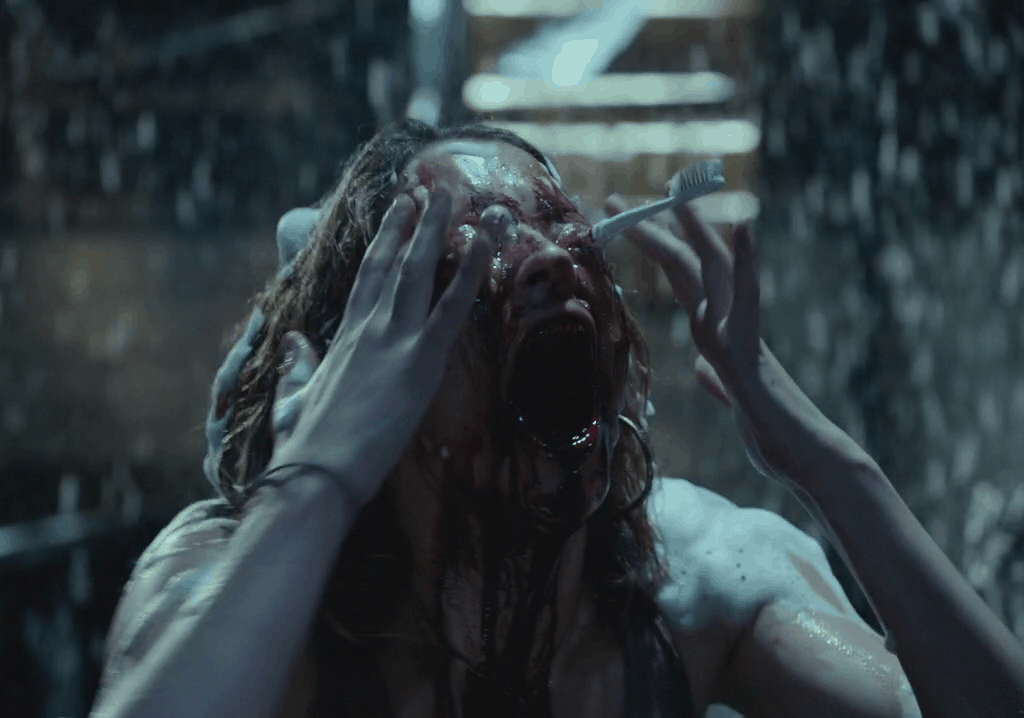 After watching any film I am going to review, I ask myself some simple questions to get a feel for what I just watched..

Is “Exeter” good?
Not really.

Is it original?
Not in the least.

Does it have good pacing, editing, story, actors???
Nope, nope, nope and nope. 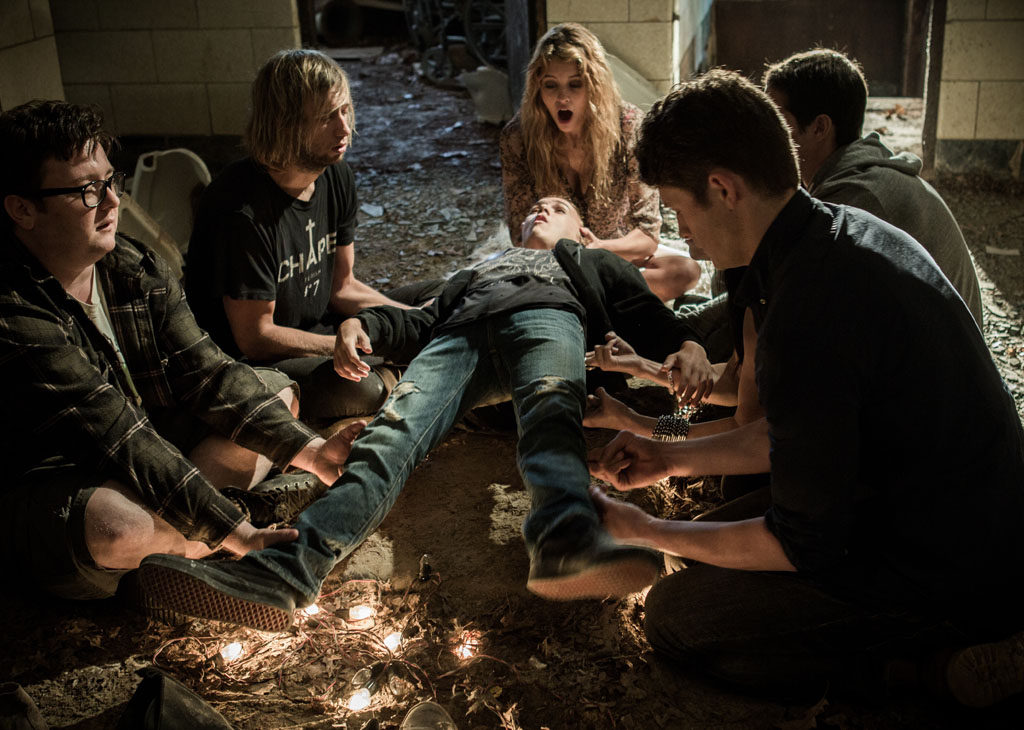 So, how is it I can still recommend a film that doesn’t seem to have any good qualities. A film that fails on every level yet doesn’t fail hard enough to make into the hallowed halls where the “so bad it’s good films” reign. Well, because It was entertaining, and didn’t bore me to tears. Which may seem simple, but with new age horror films, those qualities are a lot harder to find than you think.

These kids just wanted to party in an old abandoned asylum that was closed down for reasons of child abuse, numerous heinous deaths, and having a suspicious fire which burnt most of it down, leaving it a condemned husk filled with nightmares…

The most interesting moments are the ones that allow Exeter to dip its toes into the waters of terrible greatness. After having a person fall out a window onto the hood of their car, the kids come up with a brilliant and crazy scheme to great rid of the body shown to us through a quick cut montage which included, saws, blenders, jam jars, and the towns apparently numerous dumpsters.

Sadly the whole thing was thwarted when they had no idea where to get the jams jars, so they decided to move on to plan B. Which was just as ingeniously designed, and consisted of the whole group running around the room with arms flailing, all while screaming at the tops of their lungs incoherently. Add to that a plethora of gore, that at times was so over the top it became comical. The pacing was so bad that it made the film better through sheer goofiness, and you really have the makings of an amazing B-movie. 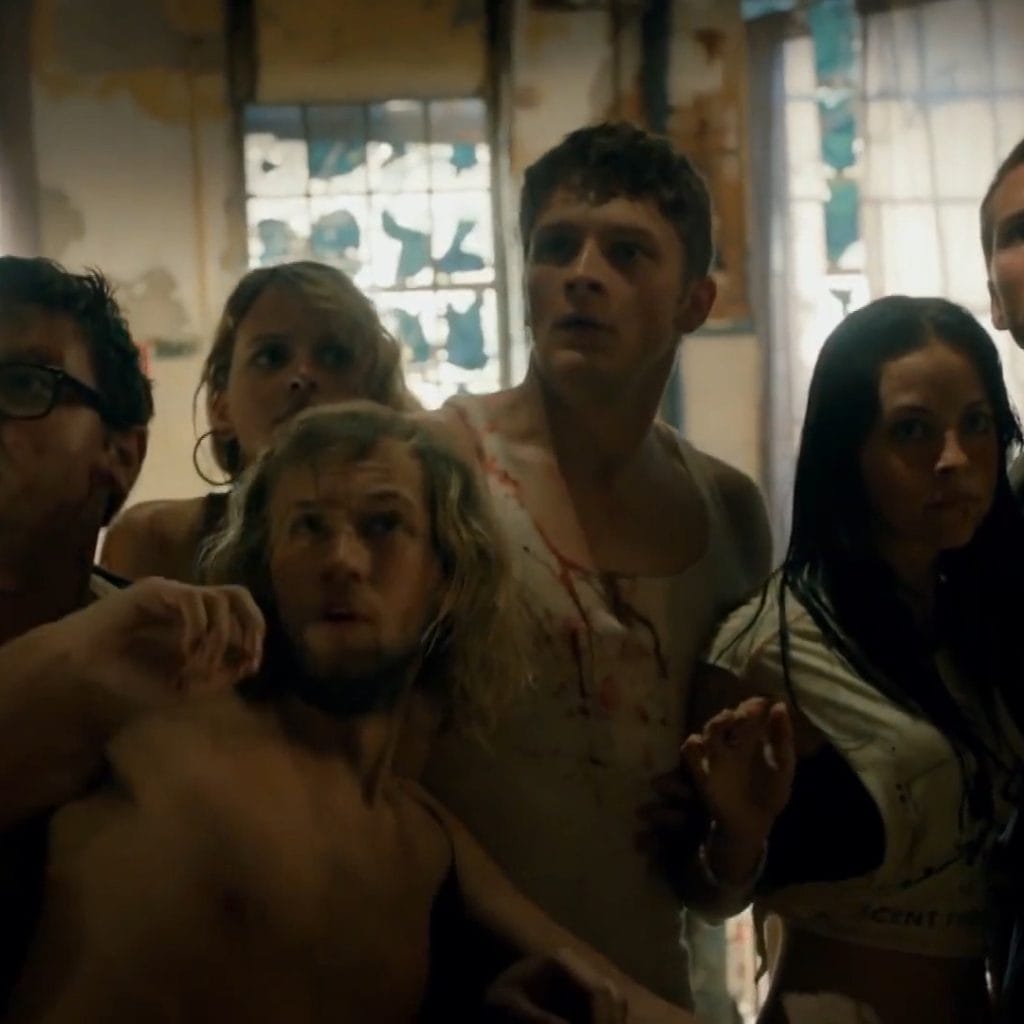 What holds Exeter back is the rest of the film. I can take all the moments that were amazingly bad, and fun, remove them from the film and I would still be left with a solid hour of boredom. Sure it would make a good highlight reel for b-movie fans, but at its full run-time, those fun moments are just the good blips on the radar of awful. For every memorable scene, there were three times as many scenes, where the kids run from one bland gray hall to the next, or stand in a room arguing about nothing at all.

Plus the overarching story and main setting are as cliche as they come. An evil spirit, in a closed down asylum, is not exactly an unused plot arch. Which in the end is actually too bad.

Exeter was on the verge of greatness for the wrong reasons, and I was rooting for it. But it ended up as a really terrible film with some really good moments. I would still recommend it, though, because no matter how bad it is, I cannot truly dislike any film that has a character who spends most of the movie naked except for his boxers with penis-related jokes and Cheesies stuck onto his back.